Kevin Rakin is co-founder of HighCape Capital, a growth equity firm that finances and assists innovative life sciences companies transition from the initial stages of their business cycle into successful, thriving organizations. He was also CEO of HighCape Capital Acquisition Corp., a SPAC that completed a merger with Quantum-Si, Inc. in June 2021.

Kevin has more than 30 years of experience as an investor and executive in the life sciences industry. Prior to founding HighCape in 2013 he served as President of Shire Regenerative Medicine and prior to that role was Chairman and Chief Executive Officer of Advanced BioHealing from 2007 until its acquisition by Shire in 2011 for $750M. Before that, he served as an executive-in-residence at Canaan Partners. Previously, he was a co-founder, President and Chief Executive Officer of Genaissance Pharmaceuticals, Inc., a publicly traded pharmacogenomics company, until its merger with Clinical Data, Inc. in 2005.

Mr. Rakin received an M.B.A. from Columbia University and B.Com and B.Com (Hons) from the University of Cape Town, South Africa. 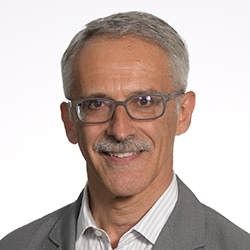